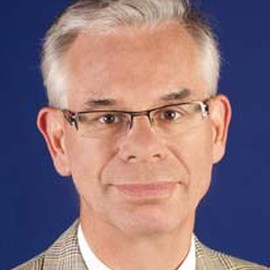 Mark Minas studied computer science at the Friedrich-Alexander University of Erlangen-Nuremberg and graduated with a diploma. Subsequently, he received his doctorate (Dr.-Ing.) there. His habilitation was in 2000 in practical computer science. Until 2002 he worked at the Friedrich-Alexander-University Erlangen-Nuremberg as a research assistant. In 1993/94 he was a postdoctoral fellow at the International Computer Science Institute in Berkeley, California. In 2002, he took over the substitute professorship for databases and information systems at the Faculty of Computer Science at the University of the Federal Armed Forces in Munich. In 2003, he was appointed to this professorship, which was then renamed Professorship of Programming Systems. From October 2010 to October 2014, Mark Minas was Dean of the Faculty of Computer Science