Graph rewriting systems are naturally endowed with a notion of parallelism due to the locality of the effect of rules. These aspects have been studied in the classical theory from an interleaving perspective, based on sequential independence, shift equivalence and related notions. In the last three decades the theory has been enriched with notions, constructions and results which provide a direct account of causality and non-determinism in graph derivations, borrowed from (and extending) the theory of Petri Nets. In the talk I will present a personal overview of the development of this theory starting from the basic structural relation between nets and graph rewriting systems, and I will survey some more recent developments. 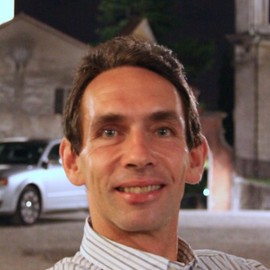 Andrea Corradini is Full Professor at the Department of Computer Science of the University of Pisa. He got a degree in Computer Science at the same university in 1984 (and a joint “Diploma” at the Scuola Normale Superiore of Pisa in 1985), and a doctorate in 1990, both under the guidance of Ugo Montanari. He spent research periods at TU-Berlin in 1991/92, visiting Hartmut Ehrig, and at CWI in Amsterdam in 1996/97, visiting Jan Rutten. His research interests are mainly in specification, analysis and verification of models of concurrent computations, exploiting algebraic, co-algebraic and categorical techniques. His main contributions are to the theory of Logic Programming, Petri nets, Term (Graph) Rewriting and Graph Rewriting. He is member of the IFIP WG 1.3 on Foundation of System Specification, and of the Steering Committees of CALCO, WADT and ICGT.