A vast swath of computation and computer science theory takes place on combinatorial data structures, which are often presented as variations on the theme of graphs. Catlab.jl is a Julia package for computational category theory, which includes an implementation of C-Sets, also known as copresheafs or category actions. C-Sets always form an adhesive category and can be used for general rewriting systems. This talk will present the theory and implementation of C-Sets along with some examples. In particular, Colored Graphs and String Diagrams (syntax for symmetric monoidal categories) will be shown.

Some references discussed during the Q&A session after the talk: 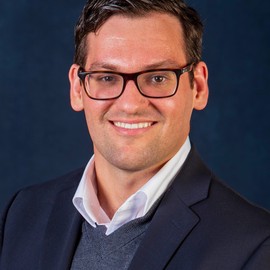 James Fairbanks, Ph.D., earned his B.S. in Mathematics at the University of Florida and his Ph.D at the Georgia Institute of Technology in Computational Science and Engineering. He studied under the supervision of Professor David A. Bader, while supported by the National Defense Science and Engineering Graduate (NDSEG) Fellowship.

He then worked at the Georgia Tech Research Institute on Data Analysis and High Performance Computing as applied to scientific computing and data science problems in healthcare. social science, epidemiology, biology, and physics problems. His work focuses on using programming language theory and algebraic techniques for designing and developing large scale software for technical computing problems.